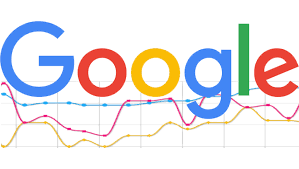 Google's latest search algorithm, Bert, will be the most important update in Google Algorithms five years later. This change, which emerged from the realization of how important natural language is in search, is a major shift in search-related algorithms after Google Rankbrain. Ten percent of queries are capable of generating changes in the search for new algorithms that help you better understand natural language. Especially in big search queries, it tries to understand its true purpose and to ensure it is the right result. So it can make a big difference in voice search and more.

BERT is the short form for " bidirectional encoder representations from transformers." Which handles tasks such as entity recognition and speech tagging as well as answering the question during natural language processes. Bert is a natural language processing pre-training approach, enabling a better understanding of the meaning of prepositions such as "for" and "to" in searches, better matching those questions with helpful results, and making search seem natural to users. This enables a machine to understand the actual meaning of words in a sentence with all the nuances of context.

Rankbrain is google's first artificial intelligence-based algorithm for recognizing real-time queries. BERT is also a real-time algorithm that belongs to queries but it's not an update of Rankbrain. Rankbrain is still working as usual and Bert will additionally work with it and will make changes to the special situations. The changes will depend on the queries and it makes changes on long term queries.

The optimization for BERT is not as easy as Rankbrain optimization. The real-time algorithm is concentrated on a better understanding of queries. So the best way to optimize for BERT is the way that is much more user-friendly and gives much importance in the content structure and the point inside it. We can expect more changes from BERT, and we recommend that you keep a close watch on how search traffic changes have impacted your site and what queries it has.